The algebra of need – a concept first posited by the novelist William Burroughs to describe the insatiable sickness of addiction – is neatly detailed on a line chart created by Cuyahoga County Medical Examiner Dr. Tom Gilson.

The chart tracks the most common drug overdose deaths in the county from 2006 through 2014. The now–usual suspects are identified: prescription opioids such as oxycodone as well as heroin and fentanyl.

Fentanyl is the latest synthetic opiate analgesic to hit the street. It is “40-to-50 times more potent than pharmaceutical-grade heroin,” said Dr. Jason Jerry, psychiatrist and addiction specialist at the Cleveland Clinic’s Alcohol and Drug Recovery Center.

Steve Dettelbach, U.S. attorney for the northern district of Ohio, describes fentanyl as “death in a baggie.”

Consider: There were 100 fentanyl-related deaths over the nine years from 2006 to October 2014, according to figures from the Cuyahoga County medical examiner’s office.

In the 14 months since October 2014, there have been another 100 fatal fentanyl-related overdoses, according to the medical examiner. 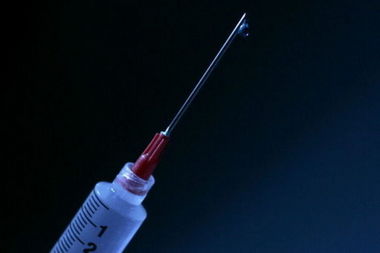 While heroin-related deaths dipped slightly in the first eight months of 2015 compared to the same period in 2014 (124 versus 130), fentanyl-related deaths skyrocketed.

And therein lies the paradox of pure need. “When [fentanyl-laced] heroin starts killing people, that appeals to addicts,” said Jerry. “It speaks to the purity and potency of the product.”

Fentanyl is the latest favorite in an insatiable opioid epidemic that began – not with a dope deal – but with a doctor’s signature.

“The trend was set in motion by prescription pain medication,” said Gilson, the county medical examiner. 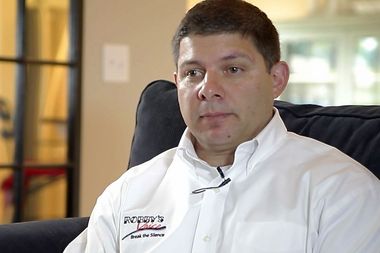 The doctor as dealer

Like others, Robby Brandt started down the road to heroin use after getting hooked on prescription pain pills in high school following a routine dental procedure.

In 1997, for example, the amount of painkillers prescribed by doctors worked out to seven pills for every man, woman and child in Ohio, according to Dettelbach.

“By 2010 that figure jumped to 70 pills for every man, woman and child in the state,” Dettelbach said. “Doctors are incentivized to write prescriptions with a heavy pen.”

Pain management has become “too much of a marker” in how physicians are graded, Dettelbach believes.

“There’s a lot of pressure to treat pain,” Jerry agreed. “We’re in the midst of a pain epidemic. The Centers for Medicare & Medicaid Services conducts a survey of its patients that asks about pain management. Reimbursement is contingent on the patient satisfaction score.”

Theodore Cicero, a professor of neuropharmacology at the Washington University School of Medicine in St. Louis, was the principal investigator of a seminal study published by the medical journal JAMA Psychiatry in May 2014 that concluded “what we’re seeing now is that most people using heroin begin with prescription painkillers such as OxyContin, Percocet or Vicodin, and only switch to heroin when their prescription drug habits get too expensive.”

As a new gateway to drug addiction opened, it welcomed a new generation of junkies.

“We’re seeing more women – white, suburban, affluent,” Gilson said. “They make up about a third of the fentanyl-related overdoses. I don’t know why.”

A spreadsheet of heroin and fentanyl-related deaths that the county medical examiner prepared for the first nine months of 2015 demonstrates what an equal-opportunity killer fetanyl has become: white, black, Asian, male, female, married, divorced, single and widowed, affluent, middle class and unemployed.

And they resided in 35 cities across the county, from Chagrin Falls to Shaker Heights and Cleveland, from Brecksville to Brook Park, Lakewood, Rocky River and Westlake.

“I don’t have patients who identify themselves as fentanyl addicts,” Jerry said. “They’re heroin addicts.”

Initially, fentanyl – as the line chart of drug overdoses between 2006 and 2014 demonstrates – makes a modest entrance.

Its competition – prescription opioids and heroin – control the market. But the numbers rise and fall, flat line, intersect and spike with a mathematical and chronological symmetry that charts product popularity. As one opioid falls out of favor, another replaces it. Prescription pain meds and heroin never go away. Neither will fentanyl.

But, at some point, if past is prologue, a new high will enter the marketplace and create its own death cluster.

That’s why addressing the latest opioid epidemic still requires tackling the entry-point drugs — prescription painkillers. That’s a task that must involve not just doctors who write the scrips but also the federal government whose policies put pain medication in a place of primacy in judging reimbursable medical expenses.

The Cuyahoga County numbers tell the story of why this is needed.

Opioid overdoses were responsible for 81 deaths in 2006, the county medical examiner ruled. Heroin and fentanyl-related fatalities claimed 72 of those lives.

By 2011 opioid deaths had peaked at 113. Heroin overdoses had climbed to a close second, claiming 107 lives. Fentanyl-related fatalities had dropped to 8. Prescription drug deaths roller-coastered over the next three years: down to 85, up to 101, down to 87.

“At first it was periodic. Now, it shows up regularly in street samples,” Jerry said. “We wondered, ‘Why in the hell would street dealers be handing out treats? Then we realized fentanyl boosted [heroin] potency without increasing their costs. It made the product more marketable.”

And dangerous. His patients are aware of fentanyl, Jerry said. “It scares them.”

But not enough to quit, even though they know they’re playing a game of Russian roulette.

Because of its potency, a fentanyl-related overdose is a given. The only variable is whether it kills you.

The medical examiner’s office projects there will be a record-setting number of heroin and fentanyl-related deaths by the end of this year: 226.

“That’s more people in Cuyahoga County than were killed in homicides or car accidents,” Dettelbach said. “We need to take our foot off the gas. We’re speeding to the morgue.” 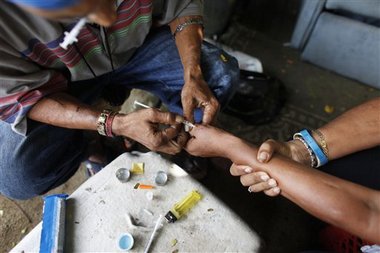 A painkiller that kills

Rare, powerful and deadly, the prescription painkiller that showed up in a batch of heroin in Cleveland last week has killed two here and dozens nationwide in recent months.